Not much time left to work on these. I am saving the colour images for the final post on the ironsleet-site when the event closes. But not I have this B&W image to show. 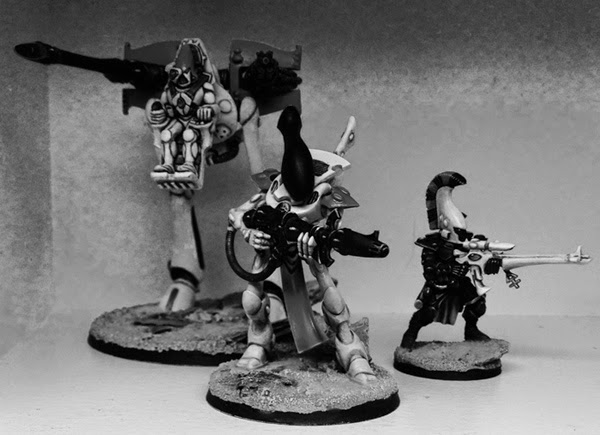 If you have not read the simple but brilliant photo tutorial posted on ironsleet.com I suggest you visit theier site and take a look. I tried out the technique last week and the results were great. Here is the test subject, Ragnar Blackmane: 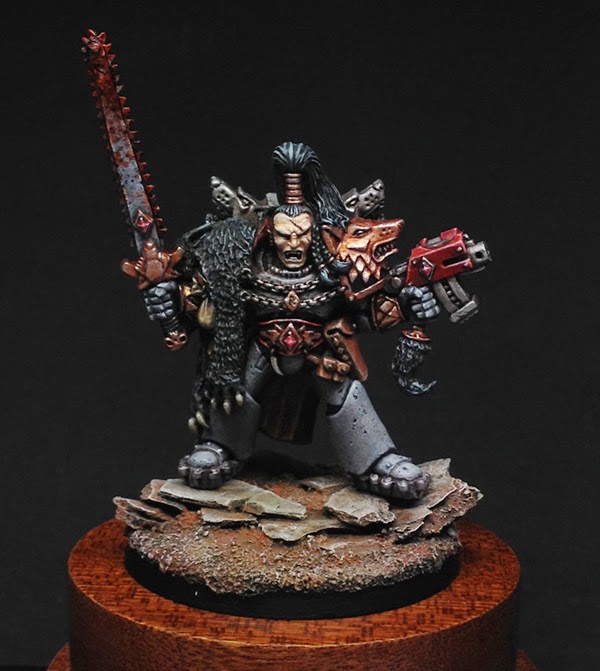 The 4gotowar-blog on a charity mission

Check out his page for more info:
www.4gotowar.blogspot.co.uk/2015/03/win-my-blanchjitsu-models.html/

...or go directly to the fundraising site:https://www.justgiving.com/modelsForTerry/

Apart from this Henry runs an awsome blog and have painted some fantastic models over the years.
Go check it out!
Posted by JRN at 3/16/2015 08:52:00 PM No comments:

So, with the INVITATIONAL project I am doing not only the 3 models required for the challenge from the ironsleet-crew, but actually starting an army. A Dire Avenger trooper is one of my model for the challenge but I am actually doing the whole squad now.

My overall plan for my Eldar army is to have a colour scheme of white wraithbone armour, bold bright red for helmets and decorative areas (sashes, gems) and with black weapons. I have chosen these colour to go bright and light - and at the same time it corresponds nicely with the strong classic colour scheme that I favour. I want these models to really stand out on a gaming table.

However, the colours for the Dire Avengers are reversed having white helmets, bluish black armour and a red/black pattern on the hemlet crest. That leaves the weapons that should be black (according to my colour scheme), but this gets a little tricky because of the dark armour.

Thus, I tried out several ways of painting the shuriken catapult:

Left to right:
As you can see I also explored different base edge colours but have since this settled for classic black, which might go high gloss black. Not sure yet, but black is decided at least.

Back in January I was invited to join with the IRONSLEET-crew and a few others on a project about creating miniatures with focus on scale and bases. These are the words and images for my first contribution to the INVITATIONAL: 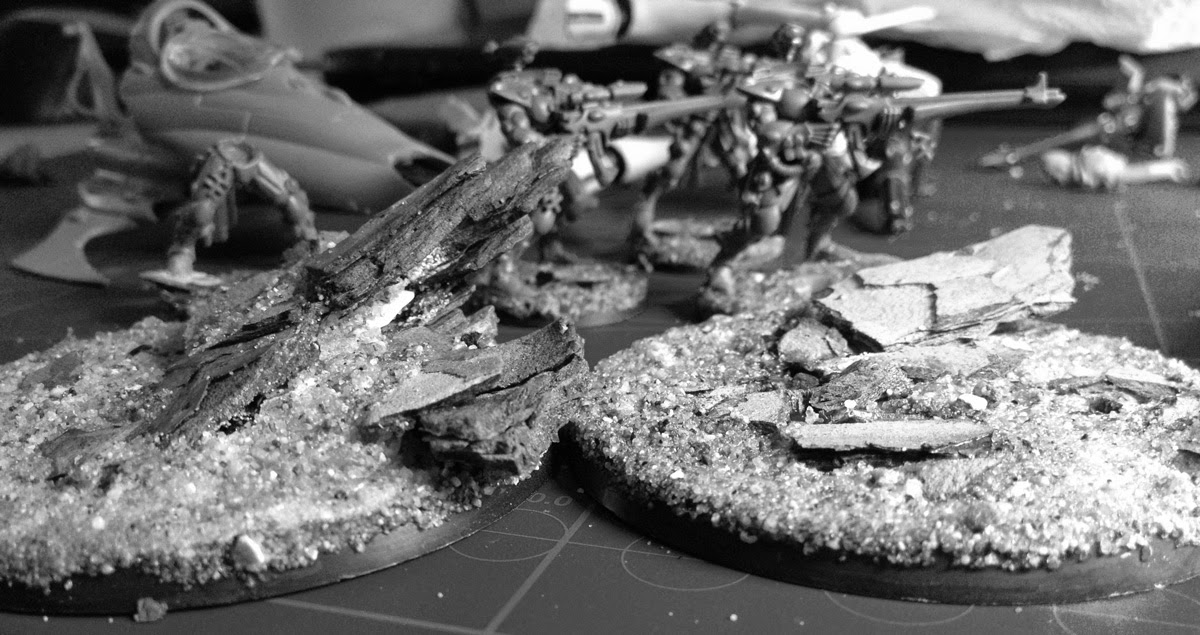 The past years I have been investigating the 40K universe mainly from the side of the imperium. Various characters from inquisitors and their bodyguards to thugs and other hired guns. But I never really focussed on building an army. My contribution to the INVITATIONAL is my first take at starting an army for 40K. And while I love the dystopia that is the Imperium I have also always loved the elegant and iconic Eldar range.

So my approach for the INVITATIONAL is more about getting into the game and building an army, than creating fluff. But I believe the fluff will follow, when I delve into painting and gaming with my eldar force. I ahve already had a first test game with a local friend. This is so different to WFB!

For the INVITATIONAL my three different models will be a Dire Avenger warrior, a Wraithguard, and a Vyper. All will be on a warm dessert-style base with slate rock. Quite basic - but basics are important when planning to build a whole army. It can easily get too complicated, which will slow the progress of the army.

So far I have built the Dire Avengers, the Vyper and I also have a war walker kicking about. The Wraithguard are on their way, so I will have to build these and paint them during the next few weeks. So plenty of stuff to do, but I am really looking forward to it. 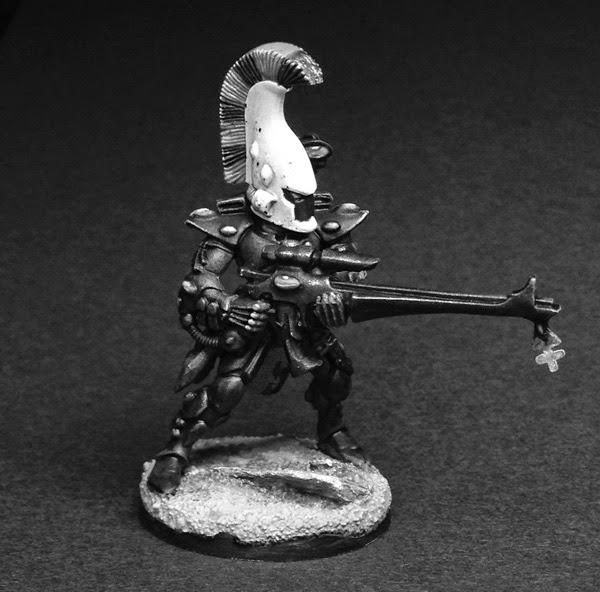