A Black and white image of Velk's interrogator, Victor Bela, in company of two of the retinue's henchmen: 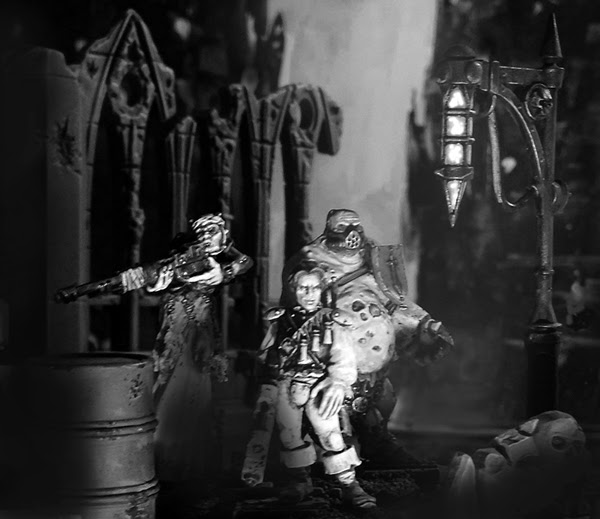 Then an image of the three lined up for a quick photograph: 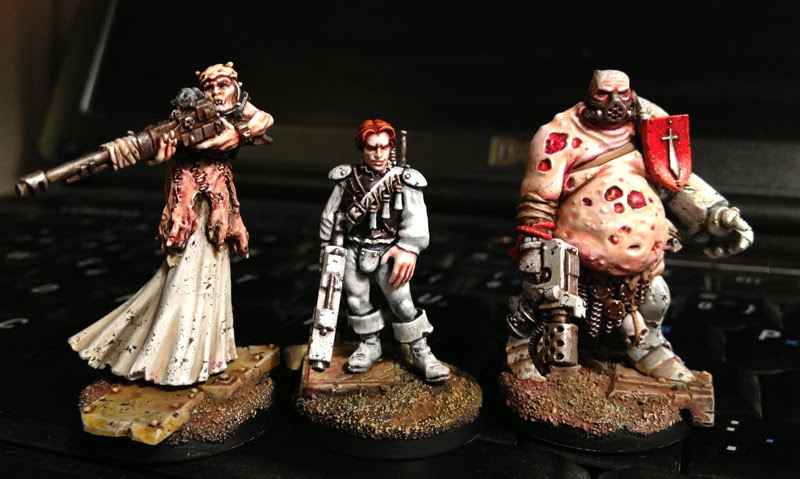 And last: A close up snap-shot of the muscle guy during one the INQvitational 2013 games that were played in Warhammer World last weekend: 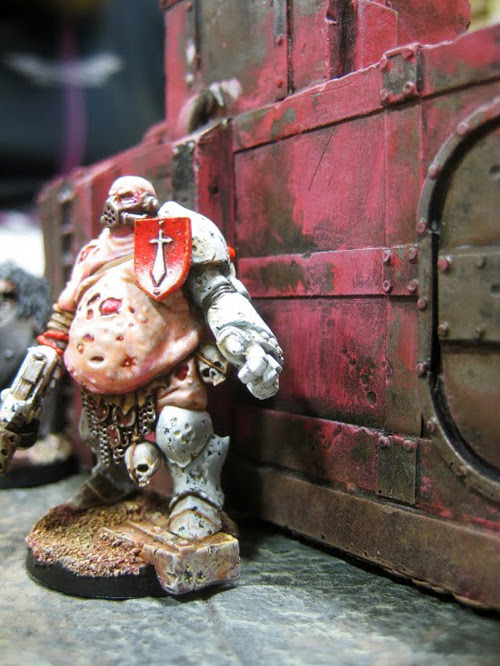 Somehow I find that I like the various ways that the brute comes through visually. In the black and white image the black eyes look quite sinister and the way he towers behind Bela also adds to the appearence. In the line up the colours comes though nicely and you can enjoy the strong red, the weathered armour, and the dust and dirt worked into both base and the lower part of the model. Finally, on the action-shot the angle of photography and the close-cropped image gives a dramatic touch - I could believe he is has been falling back from heavy enemy fire and now with his back against the wall he will either make it or fall. You can just imaging the bullets hammering into the beached red of the wall. But also, miniaturepainting-wise, you get so close to the model that you for instance can see the quite simple way the white has been painted. You see the pinks, reds, and touches of ochre that makes up the flesh tones, and you see the traces of drybrushing on the base.
Posted by JRN at 6/05/2013 10:31:00 PM 10 comments: