Having recently purchased some W&N inks I wanted to try out the combination of these inks, white paint, black pen, and pencil work. The works of Master Blanchitsu serves as inspirations but I also had a certain assassin from the mid-1990s French movie "City of Lost Children" in mind. 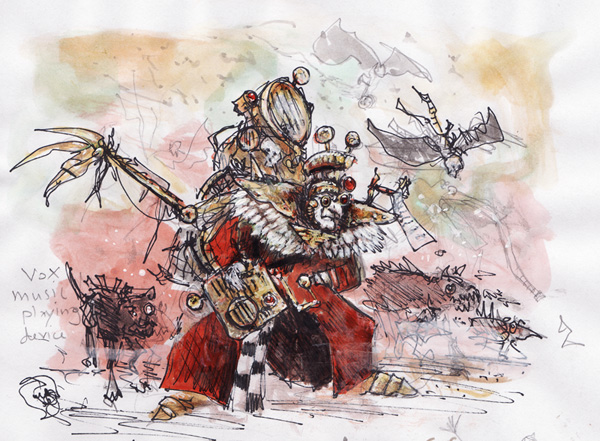 A beast master assassin during full assault assisting the armies of the Imperium and control his beasts of death. The inks were surprisingly nice to work with!
Posted by JRN at 12/13/2011 08:53:00 PM